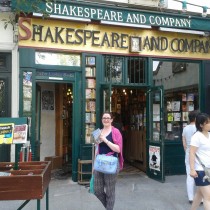 During a short city break in Paris in the summer, I found a treasure of a bookstore called Shakespeare and Company The shop was laden with books from floor to ceiling and in some parts, traffic was only one way such was the limited space. As I made my way back downstairs from the top floor room which overlooked the Notre Dame Cathedral, I noticed a little piece of paper sellotaped under the stairs alongside some cutouts from a newspaper. Typed up on an old typewriter was a list of writing tips from Raymond Chandler. An American author, Raymond wrote several detective fiction novels including The Big Sleep and Farewell, My Lovely which where later turned into Holywood movies. Number seven on his list of top writing tips was this:

I am a writer, and there comes a time when that which I write has to belong to me, has to be written alone and in silence, with no one looking over my shoulder, no one telling me a better way to write it. It doesn’t have to be great writing, it doesn’t even have to be terribly good, it just has to be mine.

I totally get what he means. As a PR practitioner, writing is part of my profession. I, like my contemporaries, draft emails, press releases, presentations, reports, speeches, tender documents and minutes from meetings. I am fortunate to get paid for some of my writing, yet, there does come a time when I write, not for clients or this website or for a magazine or a newspaper or a tender for potential business, rather I write just for me. It doesn’t have to be awarded a Man Booker prize or be a bestseller or win me a PR award or a massive piece of new business, as nice as all that all might be, it simply satisfies my inner desire and ambition to write.

When I was a teenager, Big Brother debuted on Channel Four, and heralded a new concept of reality TV. As friends would chat about it on the way home from school, we would debate whether or not we’d ever go on the programme. All the time I thought to myself that I could never go in there. Aside from the obvious fact I wouldn’t want people seeing me naked on national television using the bathroom facilities (to be fair, this would put most people off applying no matter how big the prize money offered), I didn’t want to enter because you weren’t allowed pens nor paper nor anything to write on or with. I couldn’t ever imagine not having a route for my creative or reflective moments, when I like to write, almost feel obliged to write.

Whether it is laden with incorrect grammar or scribbled in my atrocious handwriting it doesn’t matter because the writing belongs to me and I understand it. It may be a diary journal entry or a story I’ve made up from some moment of inspiration, or just some thoughts on life and work and everything in between. It becomes part of my expression and, perhaps, some day, it might be read to a bigger audience than me. But for now, it just belongs to me. And I’m ok with that. 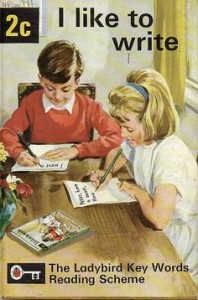 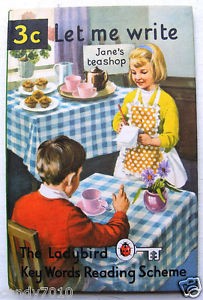