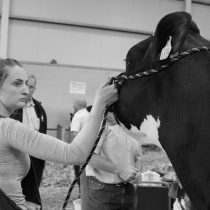 My first photography exhibition was based around the theme In the line of duty, celebrating people carrying out ordinary and extraordinary duties. This followed on from one of my City & Guilds assignments that I submitted towards my Level 2 distinction in Photo Imaging.

If you missed the exhibition, here are some of the images along with their captions. You can click on the images to see them larger and read the full caption giving the story behind the picture.